I need to find a way to be clearer about what the message is and why we need it.

Towards the community, it’s about inspiring hope, because so many of us are going through grim struggles and have mental health problems, and we need the love and support; ‘trans kids need to know that they have a future’. Specifically towards those who aren’t out to others or themselves yet, it’s about combating the message that being trans will lead to nothing more than rejection and struggle (when really, coming out to yourself is the only path that leads to being at peace with yourself).

Towards cis people (people who aren’t trans), it’s about combating the message they usually get of trans people all always being disasters and tragedies, who get surgeries that they all regret, or who are murdered too young, or who spend their lives on the outskirts of society never fitting in or finding love or respect. It’s reminding them that we are people and hopefully getting some compassion in the process. Towards transphobes, it’s about yelling in their faces that there’s nothing they can do about the fact that we can and do thrive and find happiness and love and respect. 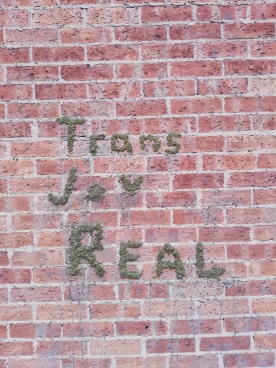 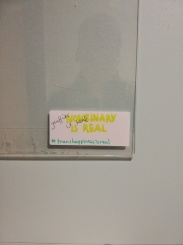 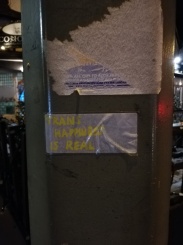 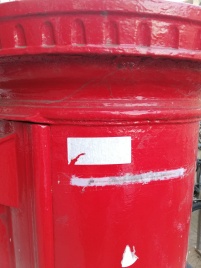 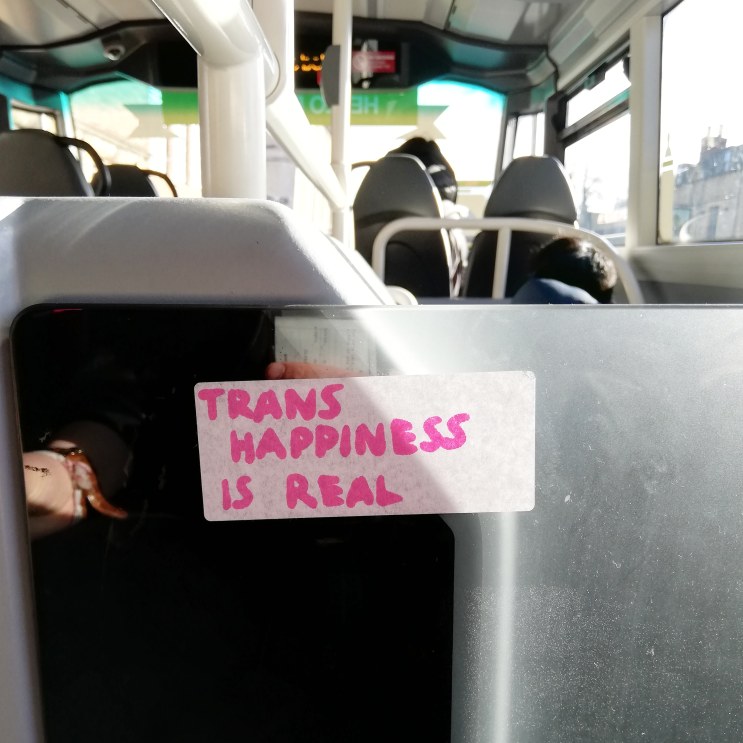 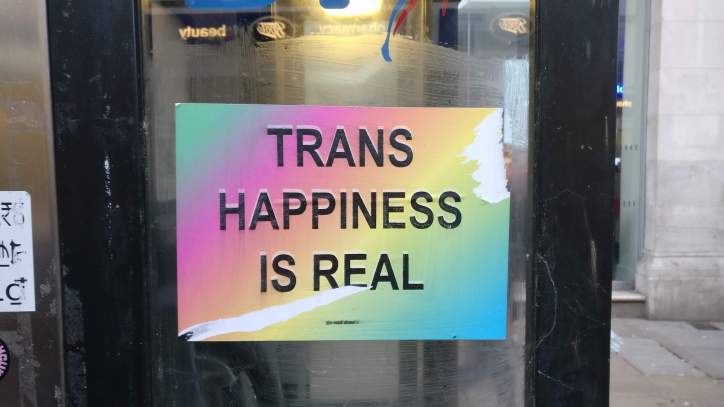 I’m not surprised that people tried to tear them down. Nola’s flyposting campaign in She’s Gotta Have It (reboot) (‘my name isn’t ay yo ma’ etc) gets violently vandalised, somebody spray painting ‘c*nt’ etc all over it. I am surprised that some other people are surprised that people tried to take down my posters or remove the ‘trans’ part. I guess that shows that I’ve gotta be clearer about why I’m pushing this message. At least push back illustrates what I’m pushing against. 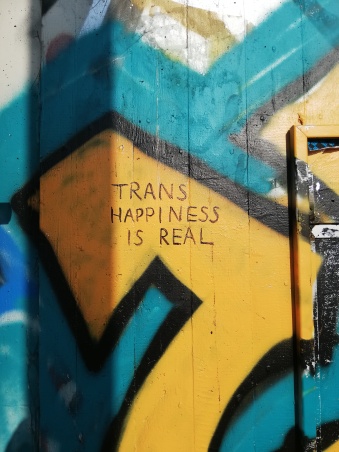 NB: apparently as well as people trying to take down my posters, somebody has been putting up transphobic stickers in town every day for the past week or so. This is even more motivation to prepare a second round of activity. Clearly we need the message.