I wore some of the shirts to work a couple times, it went better than feared! A couple of regulars and friendly customers said they liked my shirt and asked where I got it, and I had quite a long and constructive conversation with one the security guards across the road. First he asked about the shirt and what trans meant, and I got worried, but once I explained he started telling me how Pride is his favourite event to guard because of the atmosphere.

Lots of people also have been asking me if I’m selling the t shirts and bags, and where they can get hold of one.

I wasn’t really expecting that people would even notice the posters much as they’re only A4, nevermind the stickers, but I was wrong. I got quite a lot of positive and encouraging feedback from the community: 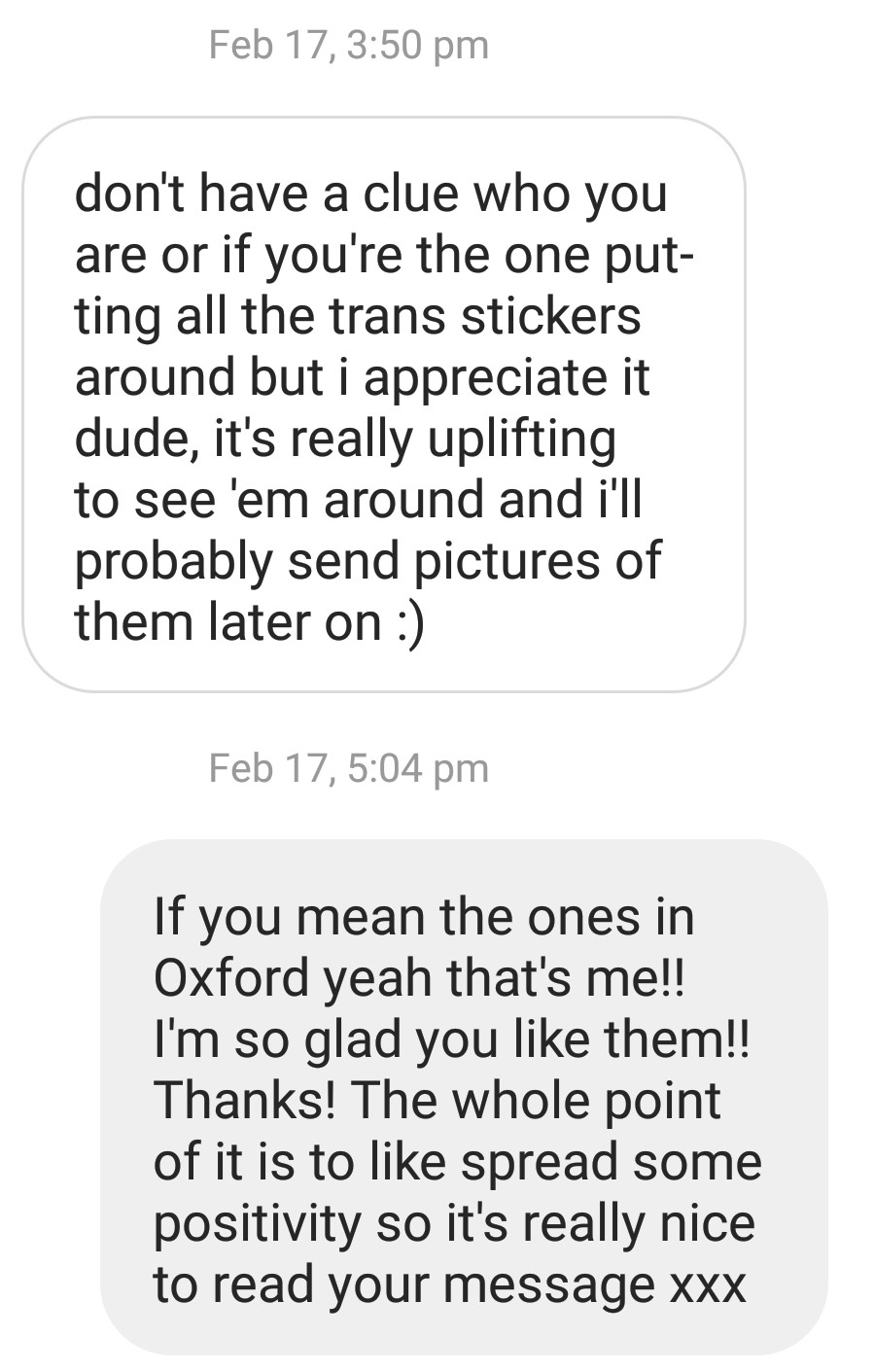 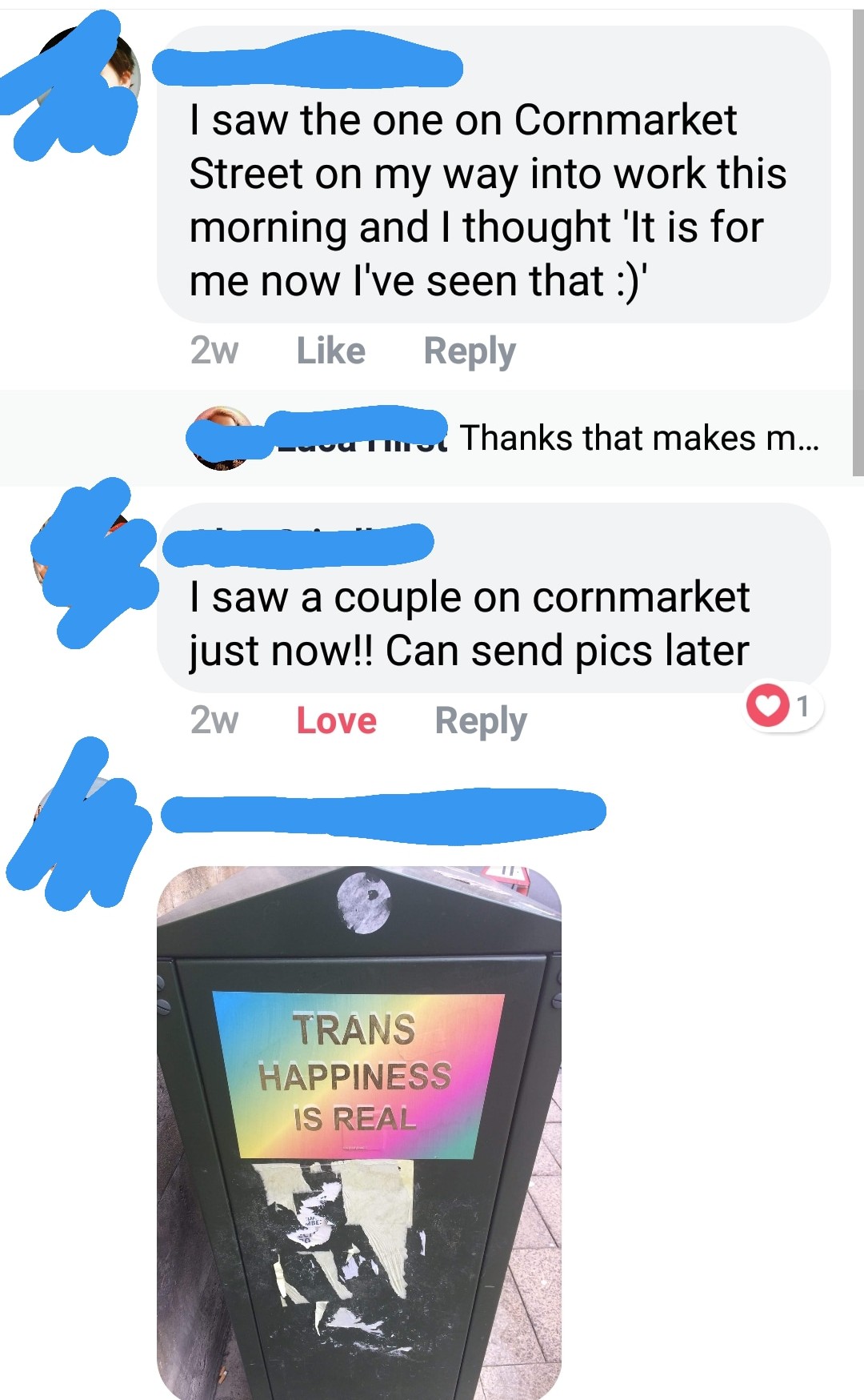 Also, lots of people seem really happy to be seen with the posters 🙂 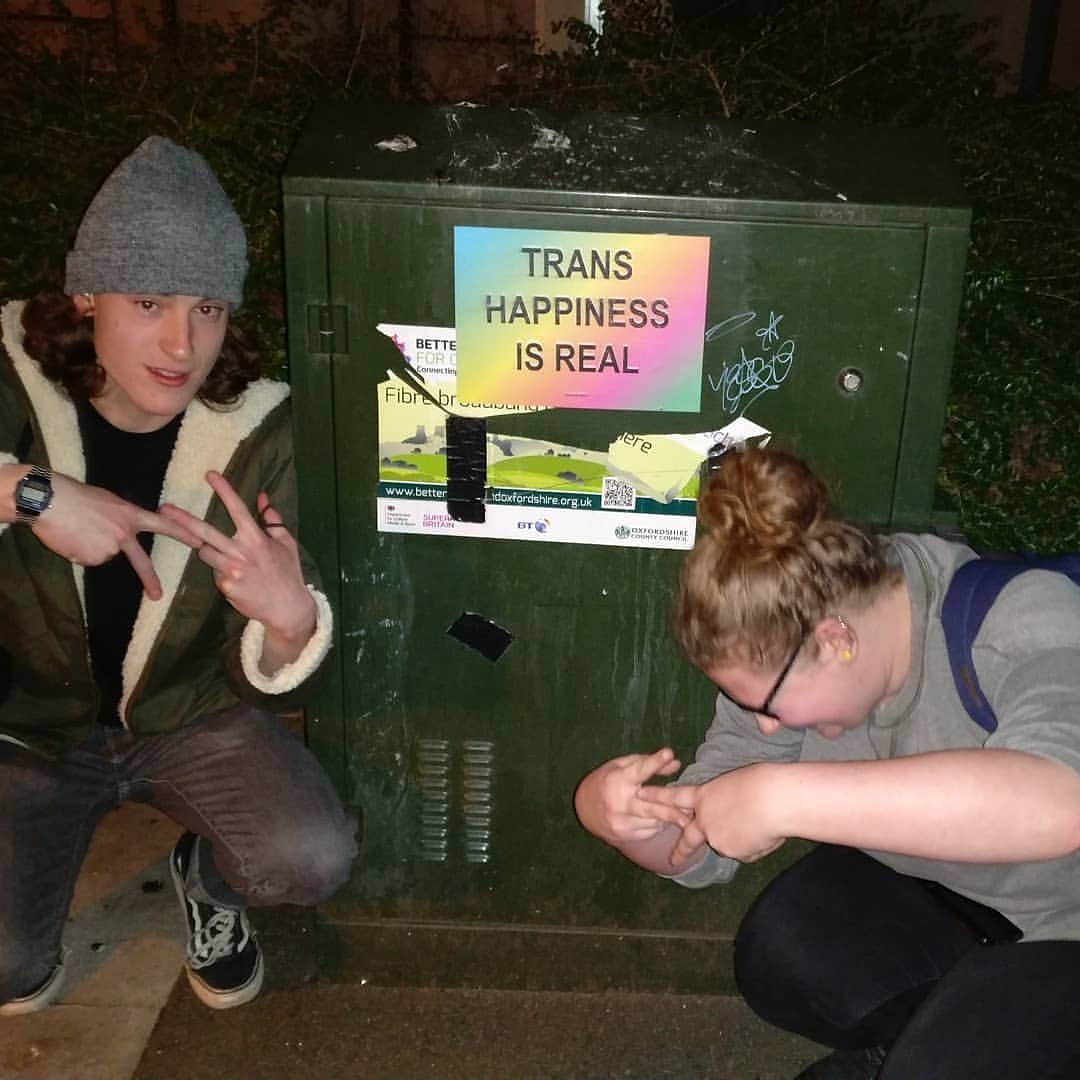 Plus, the Instagram page is up to about 80 followers in just two weeks, without trying to share it or boost it. That makes me think there’s potential for growth there.

However there is also a range of negative blowback. 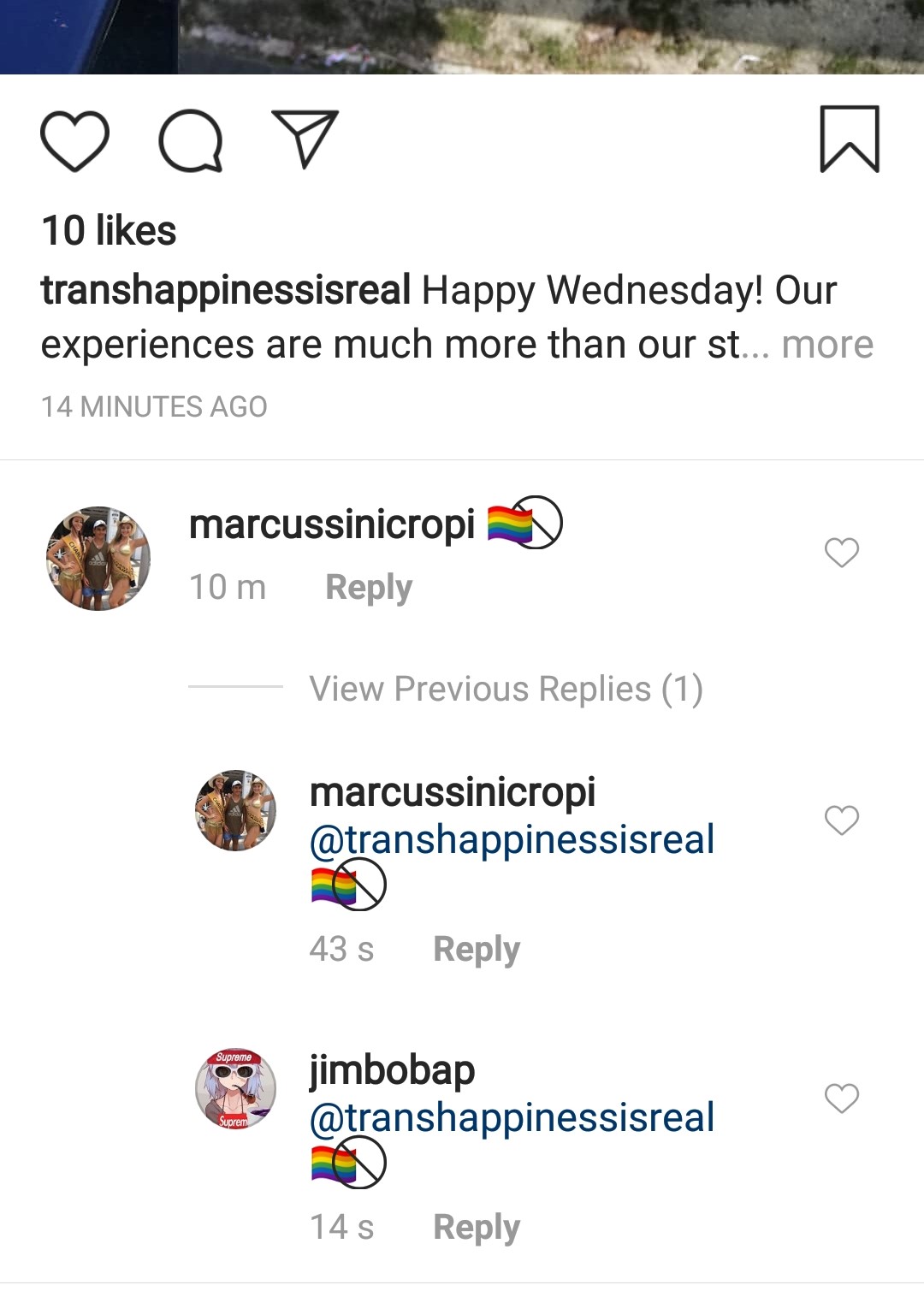 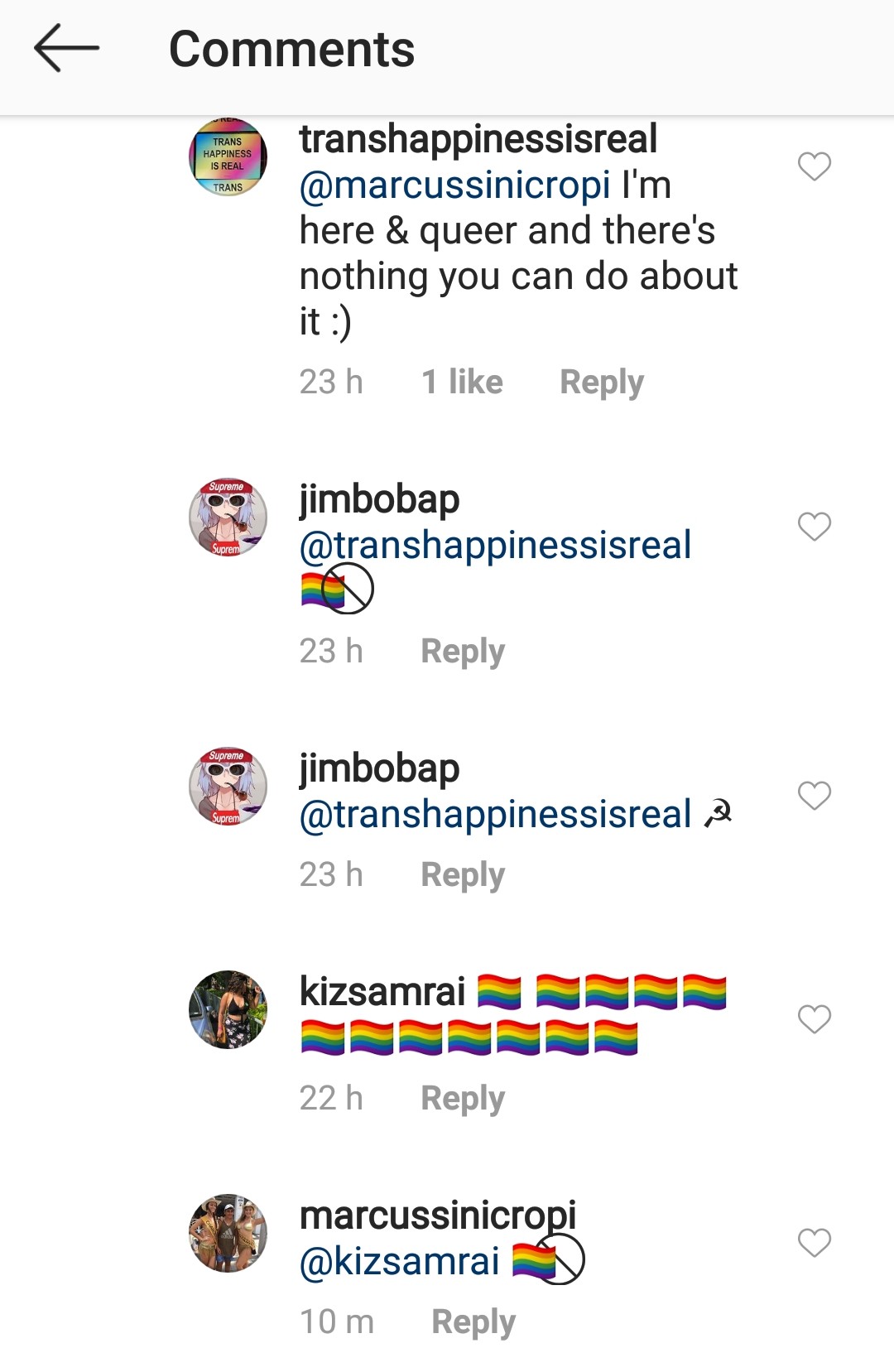 People have also been trying to cover up the ‘trans’ part of the posters, or straight up trying to take them down.

I guess people who are trying to remove the ‘trans’ part just don’t understand the message that this is specifically about the trans community because of our horrifying mental health statistics and the usual media focus on the negative parts of our stories.

On one level, seeing how people have tried (and failed) to tear off the posters is kind of encouraging, because at least it shows that my wheatpaste did work and was strong!