Thinking about some kind of posters that have happy trans people on them, to kind of humanise/personalise the message, and to provide proof. I was concerned that no one would want to be outed, so I did a bit of user research, and a lot of people actually seem very excited by the idea and up for it. So I’ve done some tests and previsualisations:

For the above image, I just photoshopped a scan of a graffiti print and overlayed it on an unedited picture of myself. I like the effect, but in order to edit the graffiti more cleanly I need to make a higher resolution scan (I think). Also, it would be complicated and/or expensive to make prints of a poster like this with a full colour image in the back. This image uses as an overlay an inversion of a scan of the stencil, with the gaps filled in with flat blue. I was testing whether I prefer the poster with the spray paint effect or with flat (cleaner?) colour. I think the cleaner Colour does improve legibility. 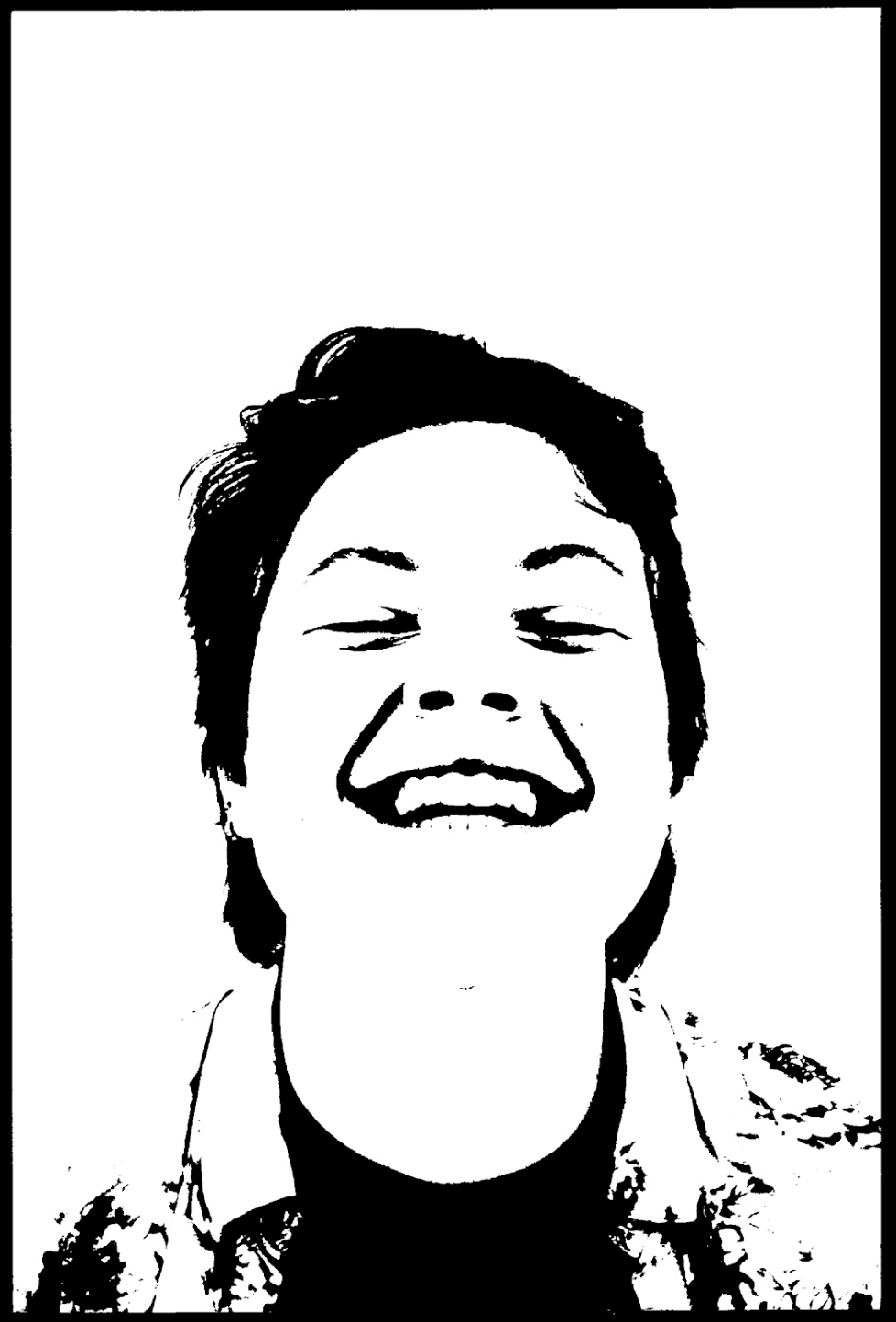 Seeking to find a way to make face images easier to print (either with screenprinting or simple inkjet), I tried applying bitmaps. This image is simply the 50% threshold bitmap applied to an unedited image. The next image is the same bitmap but applied to the image after I had altered the levels and brightened the image: 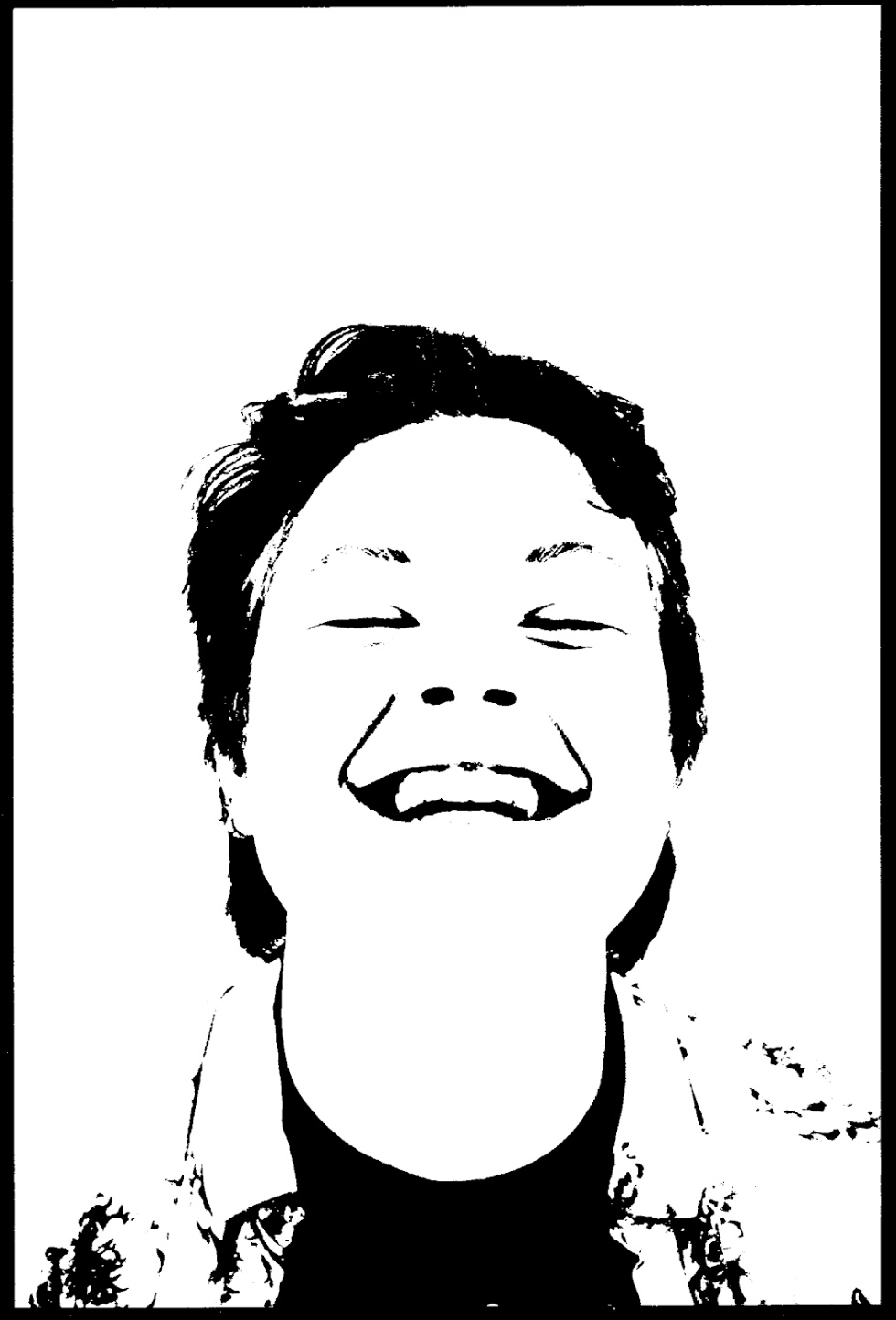 IMO, the second version is slightly preferable, because the darker areas on the face are less like thick blocks, and there’s more detail visible on the hair.

If I decide to take submissions of photos of other people, I’ll need to test out how to edit the levels of the photos to make sure that the bitmap are clearly happy faces.